Femme Hammer is the initiator at Fort of Hoofddorp. This special historical monument was built around 1903 as part of the Defense Line of Amsterdam. UNESCO has listed this water line with forts and waterworks around Amsterdam as a World Heritage Site. The Defense Line of Amsterdam consists of a total of 45 different fortresses. Fort of Hoofddorp was initially named Fort near Hoofddorp. Femme has changed the name to indicate that the fort is really intended as a social destination for the residents of Hoofddorp. As of now, everything can happen in the fort, from events to workshops, and from catering to offices. Read on to learn more about this hidden treasure of Hoofddorp! 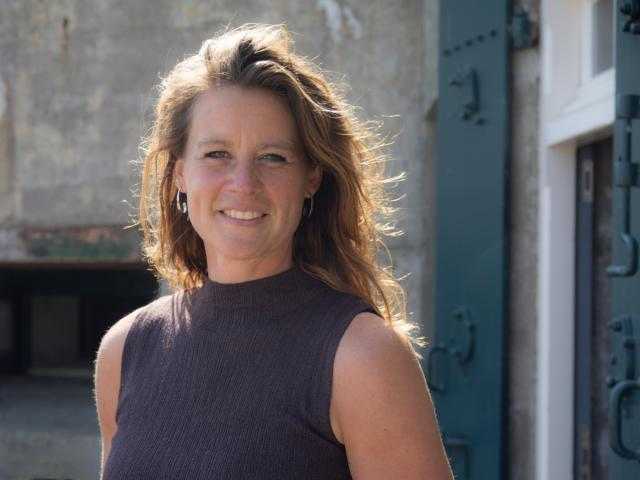 Femme, what is your connection with Haarlemmermeer?

I moved to Haarlemmermeer when I was 12. As a child, I took music lessons in the building next to the fort and always cycled past it. The fortress immediately intrigued me. In the area, I noticed that you could walk into a church or a mill and learn about its history, for example through the photos of the relocation of the old mill Korenmolen de Eersteling. But you couldn't enter the fortress. The fortress was closed and looked very uninviting.

How did you get started at Fort of Hoofddorp?

Over the years, I have worked as a theater producer and an education expert. I got the idea to combine my knowledge and open the fort to the public. That way people could learn something about their own local history. We succeeded: our target audience can now experience this special place for themselves.

The common thread that runs through the concept of Fort van Hoofddorp is the realization that the fort belongs to all of us and can be used as such. 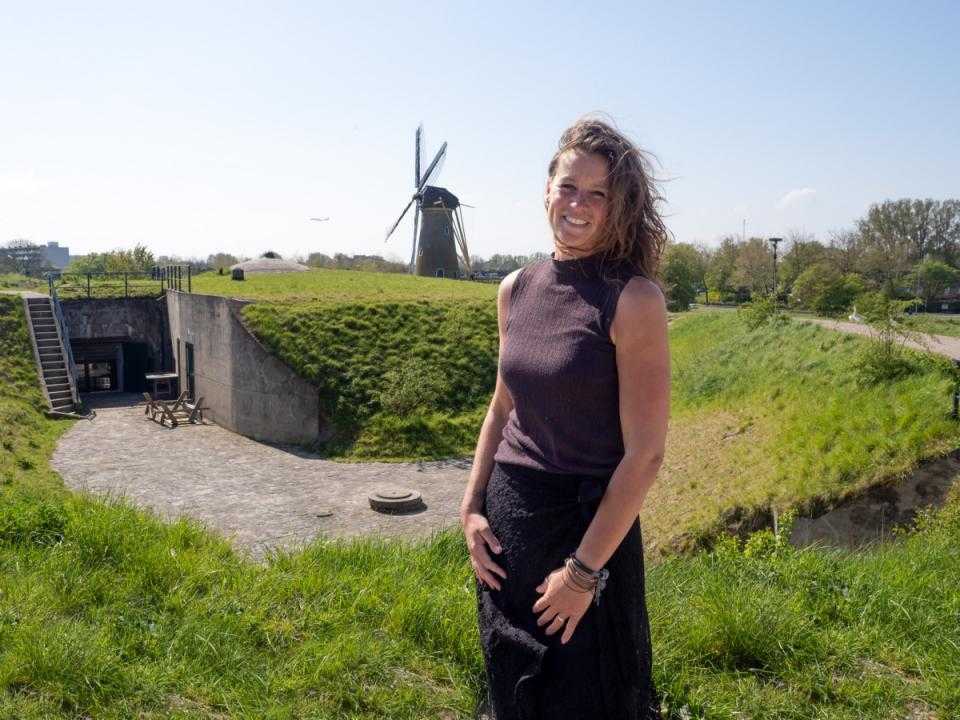 How did the fort develop into what it is today?

I went to the city council with my plan. Here I found out that the ambition was already there to renovate the fortress. I asked my good friend, architect Serge Schoemaker, to make a sketch of the idea. Ultimately, this became a design for the entire fortress island, including the building and landscape. It was in agreement with my vision for using the fort, but also with making it public.

In 2012 we conducted a feasibility study and started financing. In 2014 we established the Fort van Hoofddorp Foundation and in 2018 we started the renovation. In 2020 we were officially allowed to open our doors.

These days, what's happening in Fort of Hoofddorp?

Seventy percent of the indoor space is rented out to catering entrepreneur Fort NOXX. They have the upper floor with the restaurant, a meeting room, and a banquet hall. Downstairs they have a small bar and also two terraces, one on the forecourt and one in the garden on top of the island.

In addition, Zangschool Hoofddorp has a space in use and two office spaces are for consultancy firm RedFoxBlue. There are also common areas, such as the casemate, which now houses a photo exhibition, for example. On top of the fortress is an intimate open-air theater. We organize the programming for this in collaboration with other local parties. Businesses and residents can also use the space on request.

The common thread that runs through the concept is the realization that the fortress belongs to all of us and can be used as such. This includes the residents and entrepreneurs of Haarlemmermeer.

What do you have planned for the near future?

In the summer, a weekend with the open-air concert Duyck in the Fort is organized again, as well as various summer concerts, including a collaboration with Meer Jazz. Interested visitors can keep an eye on our event schedule.

We also organize a tour of the fort every first Saturday of the month and additional guided tours can be arranged on request. We also do team-building activities by appointment, such as the island game for groups where you can playfully discover the history of the fort.

I want to make heritage more accessible. It is a thing of the past to think that heritage is boring.

What makes your company unique in Haarlemmermeer?

Fort of Hoofddorp is unique as a fortress from the Defense Line of Amsterdam because it consists of two floors. This is because of its location in relation to the dike. In order to be able to observe over the dike, this fort has been given an extra floor.

You can still get into the fortress and see the caponier – a defense mechanism at the front of the fortress. The corridor to the caponier is closed due to the fact that protected bats live here. It is clearly visible from the outside.

Another unique characteristic of this fort is that it is built within a built-up area. This clearly shows how the polder has developed over the years.

As a resident and entrepreneur in Haarlemmermeer, what are you most proud of?

I am proud that we have been able to create a mix of target groups at the fort. In my work, I have always heard that it is best to choose only one target group. But at the fort, I had the vision that several different things could go together: both commercial and voluntary work, students as well as artists. All these target groups are now working together in the fort. Diversity is preserved and experienced together in this way.

I’m also proud of the moment we started this project. At the time, there was considerable resistance to putting heritage like this on the map. That is why I am now also a liaison officer between all heritage institutions in Haarlemmermeer, in order to interconnect the heritage. I want to make heritage more accessible. It is a thing of the past to think that heritage is boring. The municipality is also paying more attention to this, which I am very pleased with.

The area of Fort of Hoofddorp is always freely accessible to visitors. The fort itself is open when the restaurant is open and otherwise by appointment, so come by and have a look! 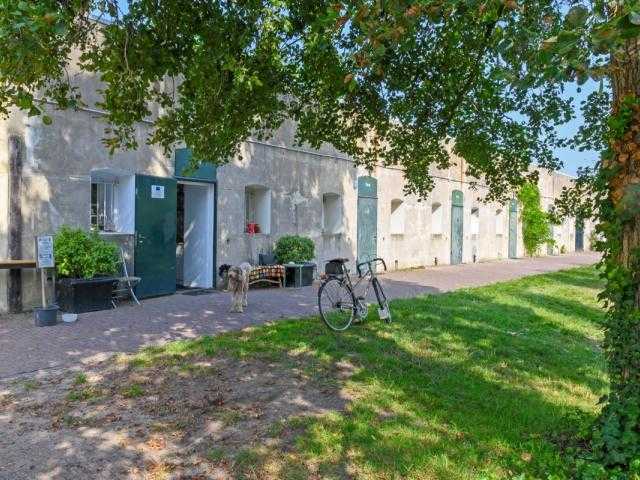 The lovely village of Haarlemmerliede is located on the eastern side of Haarlem city. Liede, a river that once connected.. 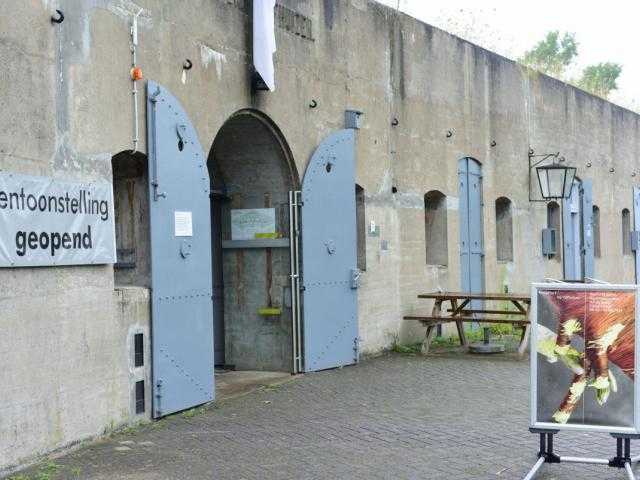 Kunstfort Vijfhuizen is a unique place where contemporary art about climate and politics is presented. For some, this is.. 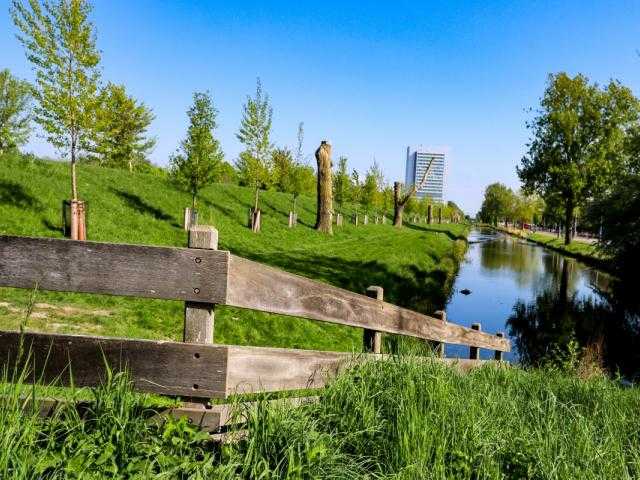 The Defence Line of Amsterdam (in Dutch: Stelling van Amsterdam) is a unique piece of cultural heritage in Haarlemmermee..
Delen via
Facebook
Twitter
LinkedIn
Mail